The files for this demo have now been discontinued, but this page will remain up since some devlogs are posted here!

Join our Discord server for streams and further insights!

Of Sense and Soul is a story lost to time, centred on two men navigating the smog-covered streets of Victorian London: Hugo Brooks, an editorialist who never adventures far outside the written word, and Seamus Charkham, a confirmed bachelor who is determined to gulp life down right to the last drop.

Both are set in their ways, and both are in desperate need of a change, though loath to admit it. Despite wanting to believe they’re satisfied with continuing on as they have been, they find that sometimes, things can change for the better — and that the marks we leave on the lives of those around us are so much greater than we realise.

Of Sense and Soul is a late-Victorian M/M slice of life romance visual novel and the first game by Forsythia Productions.  It will be available for PC, Windows, and Linux.

This game is made using the Ren'py Visual Novel Engine.

The full game will include:

Of Sense and Soul  is a passion project by Forsythia Productions, created by ingthing and akaparalian.

More urgent questions and bug reports can be sent to us via Discord or Twitter DM.

my bad, wasn't aware people had a fetish for Freud

Mature men like your dad aren't fetishes but real people, you're playing too much games :/

I really enjoyed this demo!  It has a great energy and style about it, and I think the time period and language has been honoured quite well.  I'm really looking forward to the full release!

Hey Ing! Played your demo for OS&S over the weekend, and Gryph was right in that it was very short...but sweet.

I also didn't want it to end (so quickly). Hugo kinda reminds me of the oblivious MC, whose inner musings don't match their actions or what the reader already has gleaned of their wants/desires. For example, we read Hugo express internally that he is shocked that his date is a "Mr." and not a "Ms.", but he stays (he says) to be polite and he's intrigued. When really we all know he's attracted.

The difference being, Hugo is farrr more likable than those typical oblivious MC's! <3 So we give him a pass on his inner dialogue, since he's written so genuinely and does sincerely not seem to understand his own musings (even if we the audience do).

Oh and not to be left last (on purpose), but the visuals are <3 <3 <3. So consistent. So refined and thought out. Wonderful.

Wonderfully detailed visuals. It was quite enjoyable looking at the characters and seeing bits of my own facial anatomy in them, particularly in Mr Hammond. Good luck on the full development of the title--you have my support!

As always Ing, your artwork is gorgeous! And I'm glad to finally get to know more about your character's personalities, and I got to say I love both of them!! Hugo is adorable, and Seamus is a mystery so far... But I am interested in learning more about him and his motivations! Super excited for the full game!

I really enjoyed this demo! The artwork is beautifully detailed, the writing is superb (I found Hugo's introverted nature relatable and his indecision immediately endearing). The ending left me hooked and I'm really looking forward to seeing the rest of this visual novel. Wonderful work!

It rare to see this visual style with such well done work. But I think it would look better if you remove whatever-behind-Hugo?

The game kinda interesting but too short. I'll waiting for the extended demo.

Keep up the good work! 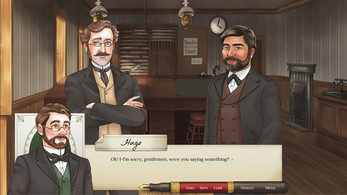 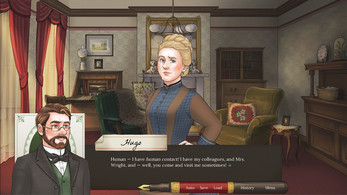 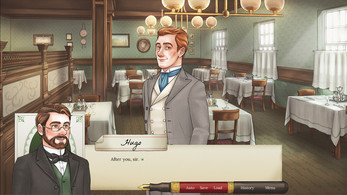 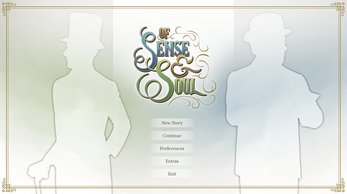