The developer has not uploaded a game yet... 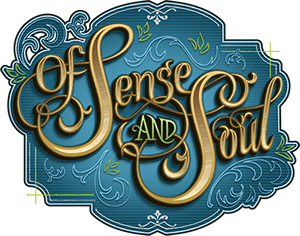 Keep an eye on this space for future prototypes!

The Of Sense and Soul April 2022 Prototype is now available only to patrons.

We're proud to present our very first prototype for the new and improved Of Sense and Soul!

As we work towards creating our Extended Demo to be released later this year, these prototypes will be posted every so often to show what we've been working on.

This is the first build we're putting out since our 2020 demo, so it's a bit of a special one! So in addition to making it available for all Patrons, it is now available to play here on itch for a limited time.

This prototype will be available publicly until Midnight AoE on May 1st, 2022.

We'd love to hear your thoughts! Share them at our Prototype Feedback Form or in the discussion board below.

Of Sense and Soul is a story lost to time, centred on two men navigating the smog-covered streets of Victorian London: Hugo Brooks, an editorialist who never adventures far outside the written word, and Seamus Charkham, a confirmed bachelor who is determined to gulp life down right to the last drop.

Both are set in their ways, and both are in desperate need of a change, though loath to admit it. Despite wanting to believe they’re satisfied with continuing on as they have been, they find that sometimes, things can change for the better — and that the marks we leave on the lives of those around us are so much greater than we realise.

Of Sense and Soul is a late-Victorian M/M slice of life romance visual novel and the first game by Forsythia Productions.  It will be available for PC, Windows, and Linux.

This game is made using the Ren'py Visual Novel Engine.

Join us on Patreon for the latest updates on the development of Of Sense and Soul!

The April prototype takes roughly 10 minutes to play and features:

Direction and Art by ingthing

This prototype contains only a part of the contributions made by our past and present team members! See the 2020 Of Sense and Soul Demo page for previous and additional credits. 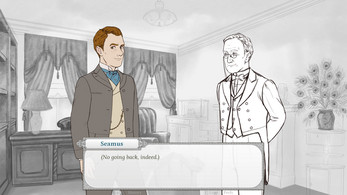 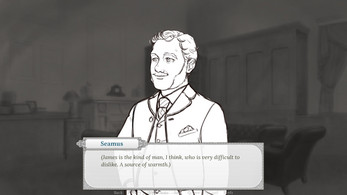 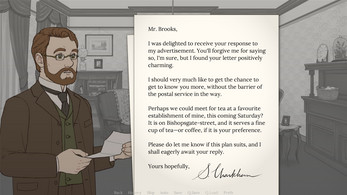